I briefly woke up around 415 to noises outside our window. I stood there for about ten minutes afraid that some locals had heard that there were Americans in town and had come to rob and kill us. I somehow managed to fall back asleep.

When I woke up for the second time, the town was silent. Everyone in the city had gone to Church. I sat on the bed and caught up on my writing (which I am still very behind on). Chase meanwhile managed to exchange money and pick up grapes and croissants.

Around 3:00 Micha, his girlfriend, and Nazar 2 (tall Nazar) arrived at the hotel. It was a beautiful day. They took us in a van to the ruins of Pniv castle, built in the 16th century by Polish feudalists. The view of Nadvirna from the mountaintop was spectacular. I was thrilled to get my history fix in light of the circumstances. 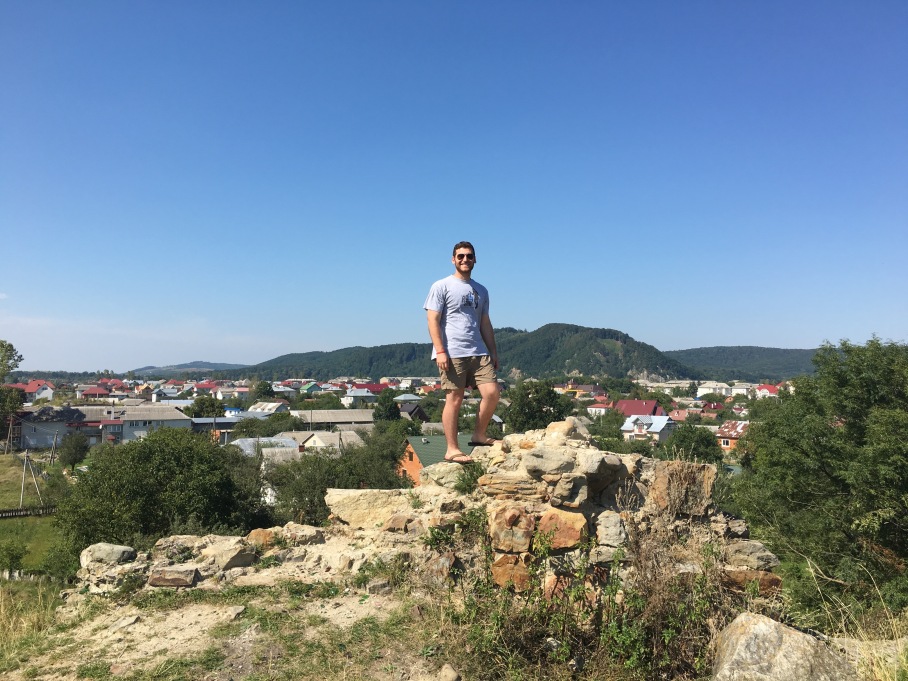 From Pniv Castle we journeyed to Igor’s home, who is 25 and apparently works for the Ukrainian equivalent of the FBI. We partook in some wholesome Nadvirna partying. We also met up with Oleg, and later Olga, before our walk to the river.

We picked up drinks along the way and enjoyed them as we walked. We had to cross through the river to reach our destination, my sandal broke along the way.

As we reached the riverside, we realized that it was the exact location that Chase and I had driven to the night before. We could even see our tire tracks.

The water was delightful. We enjoyed swimming up and sliding back down the current, as well as jumping in.

On the walk back, Olga very inventively offered a headband to keep my sandal in place, which somehow inspired a mild infatuation with her that would develop over the weekend.

We picked delicious fruits, ‘alicha’, from the trees on the walk to Oleg’s house. They also provided as with ‘kvas’ (black lemonade), which we would enjoy throughout the weekend.

At Oleg’s house, he prepared for us a traditional Ukrainian meal- Frikadelkame with rice, and potatoes stuffed with meat. We also had bread with ketchup and mayonnaise. Not bad. This was the first of many times that we were served an abundance of food in Nadvirna.

We later learned that Oleg, like most folks in Nadvirna, grew the greater portion of the food that they consume.

Oleg’s parents work in Poland. Like others in our new friend group, Oleg studies at a University in Lviv. He shares his home in Nadvirna with his aunt and twelve-year-old cousin, Roman. 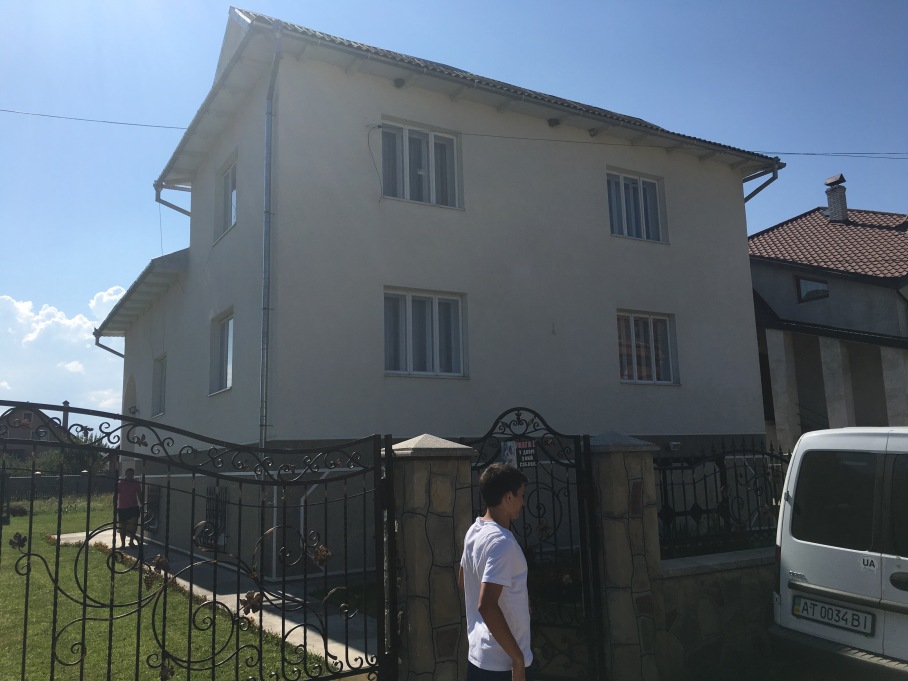 At some point in the evening, Oleg offered to house us for the night. We were so delighted to save money, especially considering how much the repair to the rental car was going to put us back.

We swung by the hotel to pick up our things and then showered. Nazar 1 soon showed up with new friends- Roman and Taras. Nazar kindly taught us some Ukrainian words, which we would use frequently over the next few days, among them:

Our night commenced at a small lakeside bar in Nadvirna. Unlike in America, we mostly walked from place to place. The original car-repair crew joined us for drinks. We had the opportunity trade stories from our respective homelands.

After drinks we journeyed to the beautiful home of Nazar 1, where his mother had prepared some delicious food. Nazar’s sister had briefly worked as a teacher in New Jersey, it was thrilling to communicate with her without Google Translate. 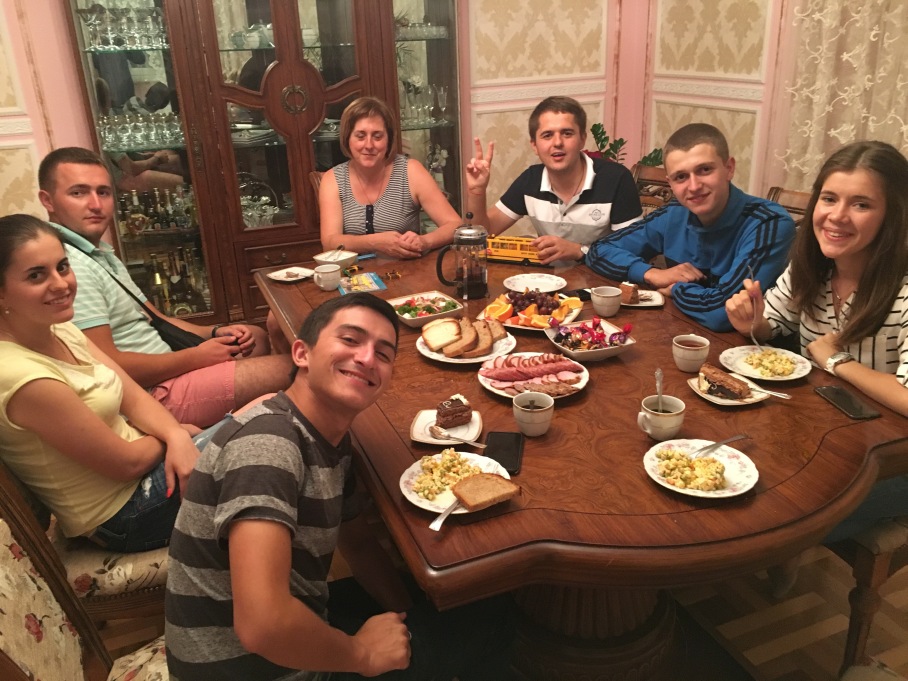 After we bought more drinks for the crew. Nazar 1, Nazar 2, and Olga showed us around town, before we met up with the rest of the group at the city square.

Among other highlights was the statue of Taras Shevchenko, the praised Ukrainian writer and nationalist. Statues of Shevchenko appeared in almost every city that we visited or passed through.

After a wonderful night in Nadvirna, we headed back to Oleg’s home for sleep. It was that evening that I decided our car troubles were fate.