Ran with Robbin and Kristiaan again  this morning. Beat our previous time by a couple minutes. 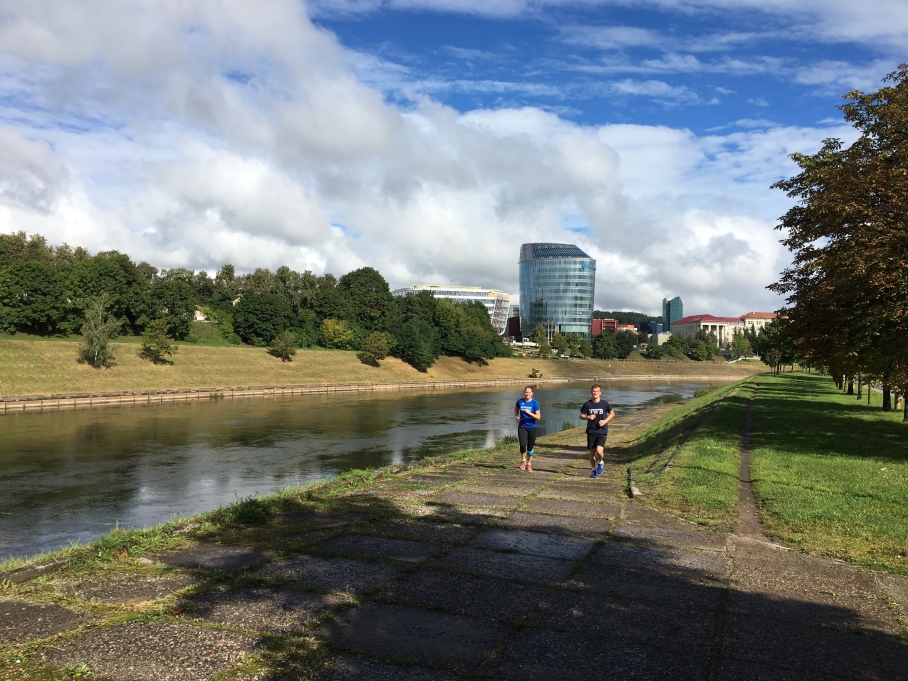 Immediately went back to Olandu and showered before my International Relations meeting. Was able to sneak in a quick lunch.

The meeting was brief, but we received our timetables and registration information. Turned out I had two classes later that afternoon.

Bought a couple notebooks and had a coffee before class. The course is titled ‘The Morality of Patriotism and Nationalism’. Professor is Kestutis Gurnius, a renowned Lithuanian academic who grew up in Boston and attended Harvard. I found his introductory lecture very interesting, and he touched on questions that I’d considered in the past.

After class he asked who ‘Noah Lapidus’ was. We’d listed our names and home universities on the register, I suppose he was interested by the Boston connection. I told him that he still had a Boston accent, to which he replied that he’d been trying to lose it his entire life.

No point in traveling home before my next class, so I watched more Narcos on my phone. Will need to purchase a couple more gigabytes of data soon.

The next class began at 6:30, titled ‘The Morality of War’. Professor is Kestutis Girnius. Was a little more dense than the first, but I still really enjoyed it.

Took the bus home with two girls who live in my dormitory. Watched more Narcos ’till I fell asleep.