Crept out of bed at 9:00 careful to not awake the others. I journaled by the lake, it was very peaceful. 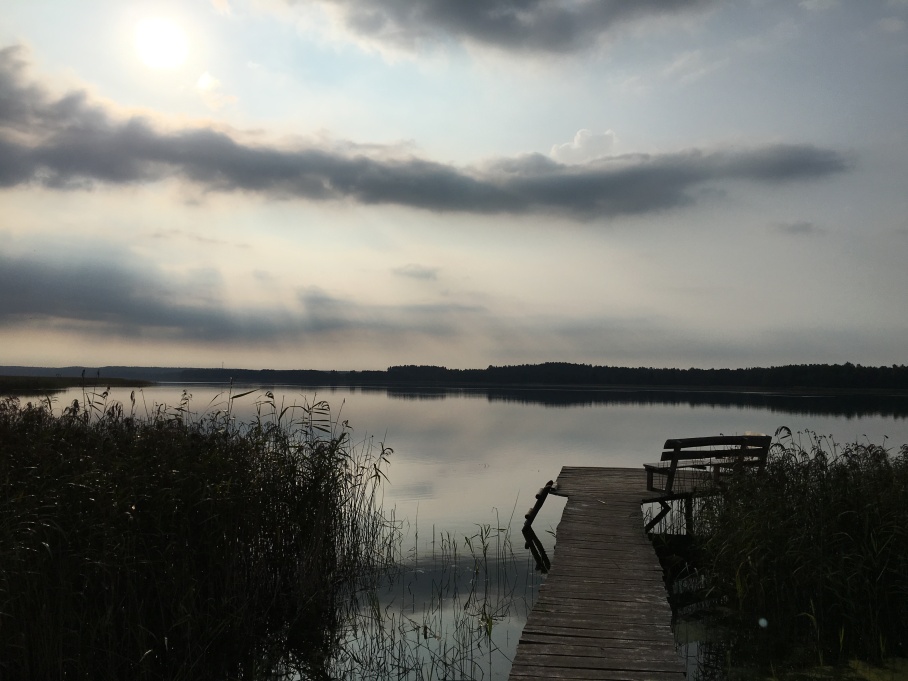 Cleaned up and paid our hosts- only 8 Euros each. We were offered a complimentary ride to town, we really lucked out with these folks…

Our driver helped us find a bike rental, we ended up at a hotel in Ignalina. Can’t remember the last time I biked. It took a while to get the hang of (not so sure I ever did). Kristiaan was our guide, he organized a path along several lakes in the area. Our journey was initially quite smooth.

Upon reaching a small village along the main road, we journeyed down a trail into the wilderness. It was significantly more difficult to bike along the unpaved terrain.

We stopped by another lake for a brief snack (chips and bread from the previous night) before continuing on.

I was particularly impressed by the trees, which lacked leaves until the very top, thus enabling visibility deep into the forest. It was unlike anything I’d ever experienced. 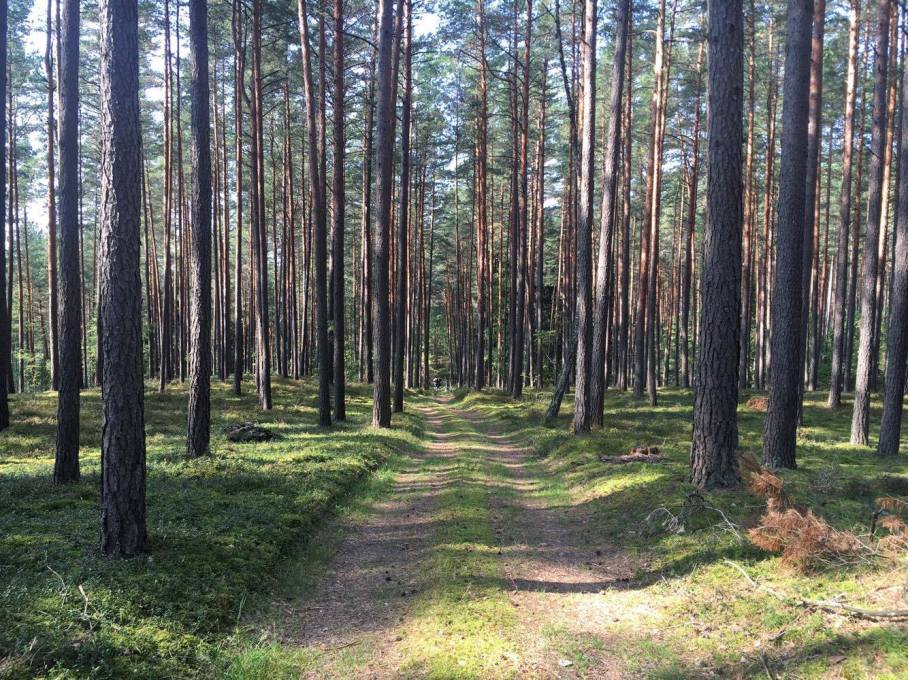 We encountered a few dead ends, which evoked anxious memories of the incident in Nadvirna. I voted to return to the main road, but the rest were determined to avoid backtracking. We hit some pretty massive hills with significantly softened earth, which made it impossible to bike up. We tirelessly pushed our bikes up the hill- it was quite the workout (actually much needed considering our weekend diet).

After a couple hours of inexplicable effort the road slowly began to improve, as did my moral. We ultimately reached another beautiful lake.

We hit the main road soon after, and within an hour we were back in Ignalina. In total we biked about 20 kilometers. We sat down to lunch at the hotel. I felt bad for the waiters and folks next to us- even I was disgusted by my stench.

After lunch we sat by the lake and eventually made our way to the train station. The train departed at 5:00 and we were back in Vilnius by 6:40.

It was a particularly special day for me to be in Vilnius. Exactly 125 years ago today, Henry Lapidus and Ida Riches (my great-great-grandparents) were married in this city.

We picked up dinner and then taxied back to Olandu. I took an extremely long shower and then didn’t move from my bed.