Packed and rushed to class at 1:00. We learned about minority conditions in Latvia and Estonia. Estonia was even more homogenous than Lithuania during the interwar period, and remains so. In 1918 Jews accounted for less than half a percent of the entire population, and resided exclusively in Tallinn and Tartu. In stark contrast, Latvia was even more multicultural than Lithuania during the interwar period. At least a quarter of the population belonged to a minority group, half of whom were Russian. Jews accounted for five percent of the total population, and received at times parliamentary representation and a degree of autonomy. The community was wrought by conflict between the Yiddishists (proponents of Yiddish language and culture) and Hebraists (Zionists), as in Lithuania.

Had a coffee with Enola after class. I like this routine.

Rushed to the bus station at 3:15 where I met Kristiaan. We boarded a LuxExpress to Suwalki soon after. A few days ago Kristiaan invited me to join him on a weekend trip to a national park, I declined. I have too many towns to see in the relatively little time that remains. Curious nonetheless, I asked him where he intended to travel: 30km south of the border into Poland, a place called Suwalki, he said. I was ecstatic. It’s on my list.

The bus was comfortable- free wifi, outlets. I used the time to plot sights of interest (Jewish and otherwise) on my Google Maps.

We arrived in foggy Suwalki at 7:00, having gained an hour.  We walked straight to the hotel, unpacked our things, and made our way to dinner. 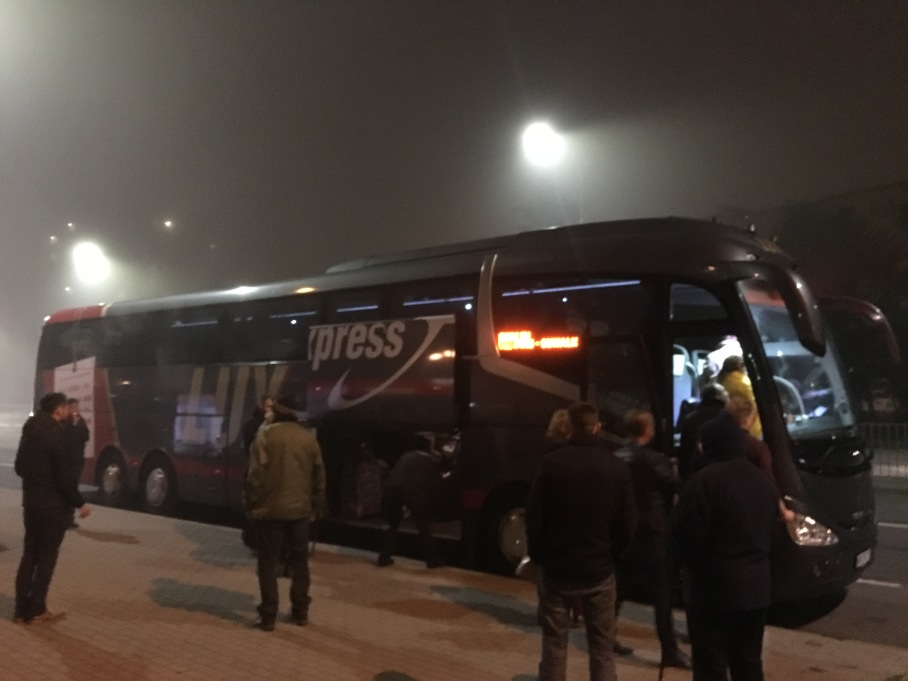 Dinner was cheap, delicious, and the portions were unexpectedly generous. I was so beyond satisfied.

Picked up snacks before retiring for the night in my soft warm bed. I’m going to miss this semblance of comfort.