I was very proud of myself to have gotten out of bed at 7:30 to run again with dad. We got dressed, stretched, and stepped outside to find the ground covered in snow. We inquired about a gym, but found out that it didn’t open until 9:00. Dad begrudgingly showered instead as I got in my full jump rope routine.

Picked up an umbrella and sat down for breakfast before heading out to show Dad secular Vilnius.

We started with the castle complex, which I had already explored at length, but was nevertheless special because of the snow. The Cathedral was packed with attendees for the Sunday morning service. We watched for about ten minutes, I think it was my first time attending a Catholic service. The rituals were interesting and the choir was incredible.

Afterwards, we spent some time in the Palace of the Grand Dukes. I think I was slightly more patient with Dad than I have been in previous days. I’m pretty sure he has a solid grasp on the key points of Lithuanian history.

I advised that we skip the National Museum of Lithuania for the sake of time, it’s also not my favorite. 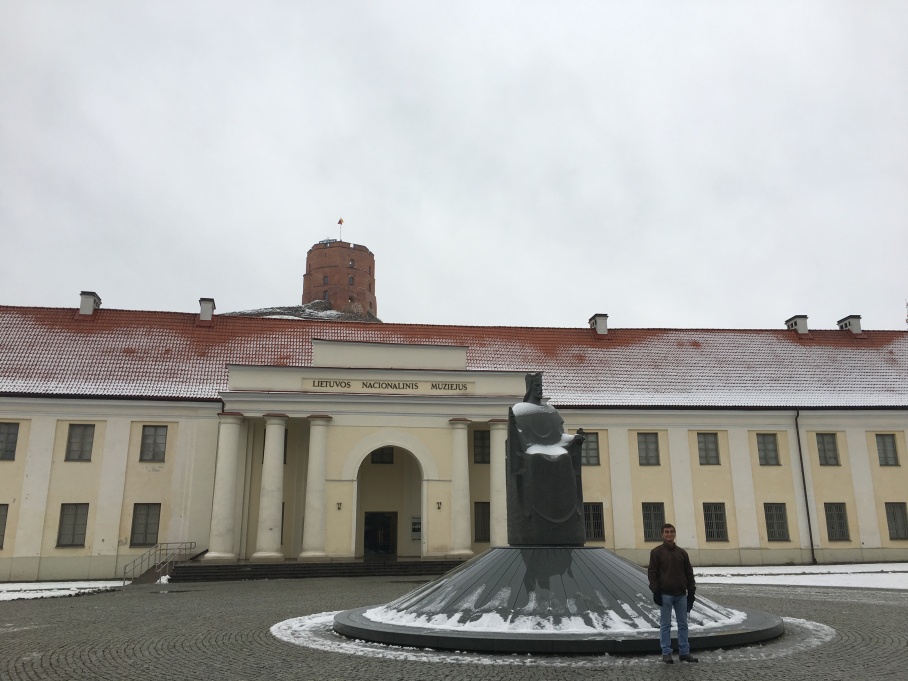 Walked slowly up the snowy trail to Gediminas Tower.

It felt by no means redundant as it was an entirely different experience in the snow.

Pointed out some important markers to Dad and took a good amount of pictures before walking back down the snowy hill to Pilies.

We visited the House of Signatories, where independence was declared from the Russian Empire in 1918. 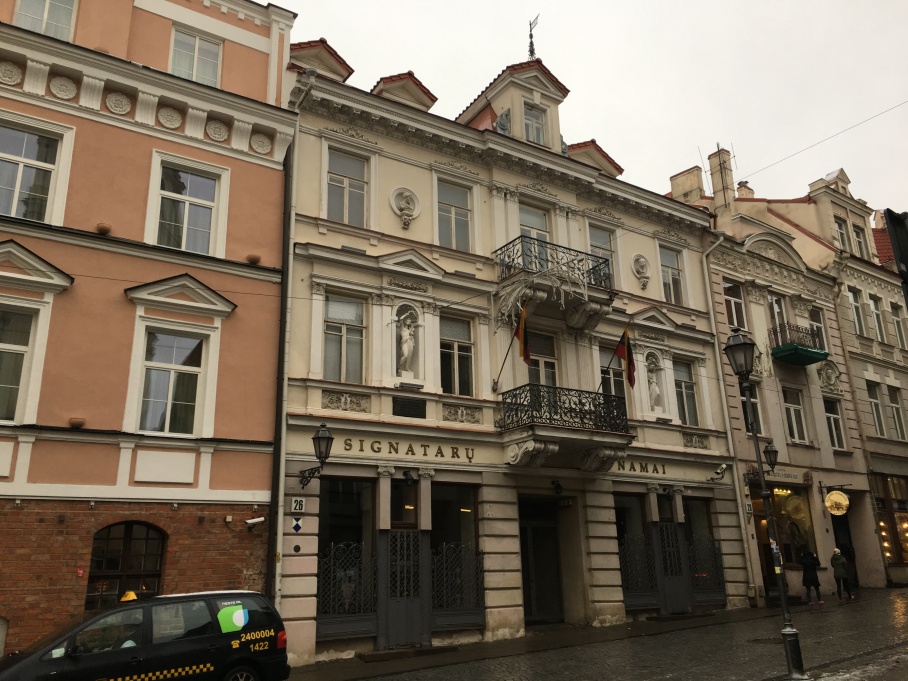 Unfortunately the central square of the university was closed, but we visited her Church of Saint John, which dominates the ensemble. It was reconstructed many times since the 16th century when it propagated the Jesuit rite- as did the University.

After purchasing souvenirs we walked to the Church of St Anne. With an ‘unforgettable flamboyant Gothic facade’ it is ‘undoubtedly the most celebrated building in Lithuania’ according to my guidebook. I walk by there most days on my way to city center.

One of three churches that make up the Bernardine Friary, the building has rather vague origins, but is thought to have been constructed around 1500.

Just behind stands the Church of Saints Francis and Bernard, also part of the Bernardine ensemble. 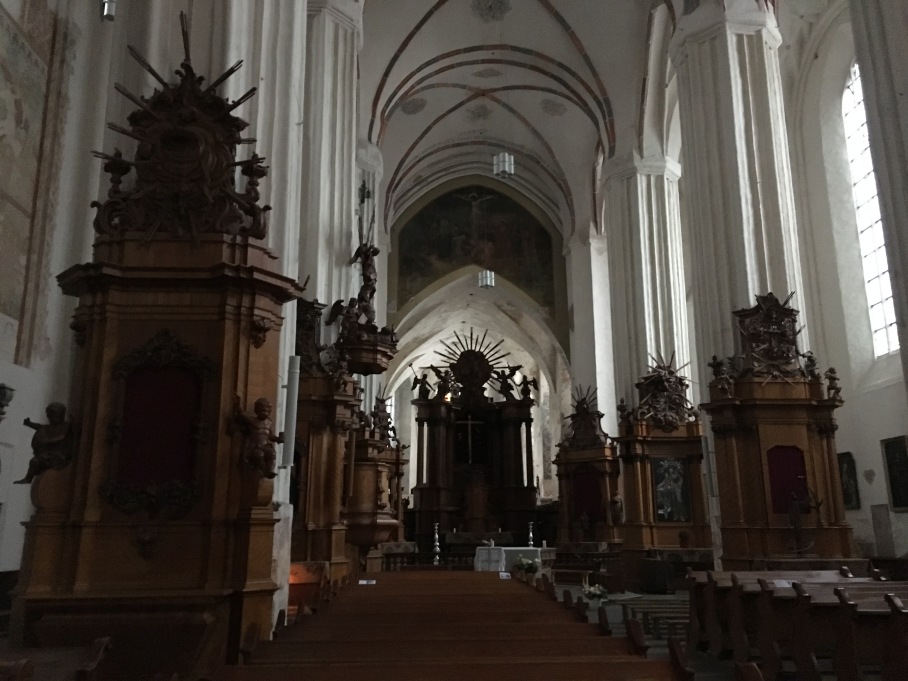 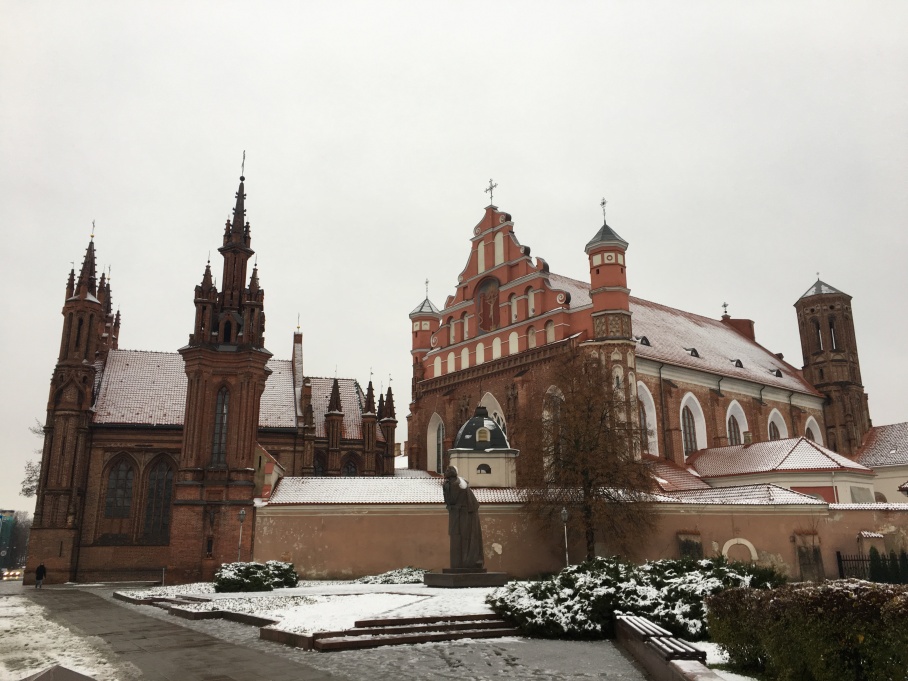 We ubered to the hotel to avoid the frigid weather, gathered our things and went to the bus station. We enjoyed a surprisingly decent lunch at the station before departing for Poland at 4:30.

The bus ride took five hours, one hour longer than expected (I didn’t account for the time change). Gave me time to write though. We arrived in Bialystok by 9:00. Took a taxi to our hotel where we enjoyed a delicious dinner before going to sleep. 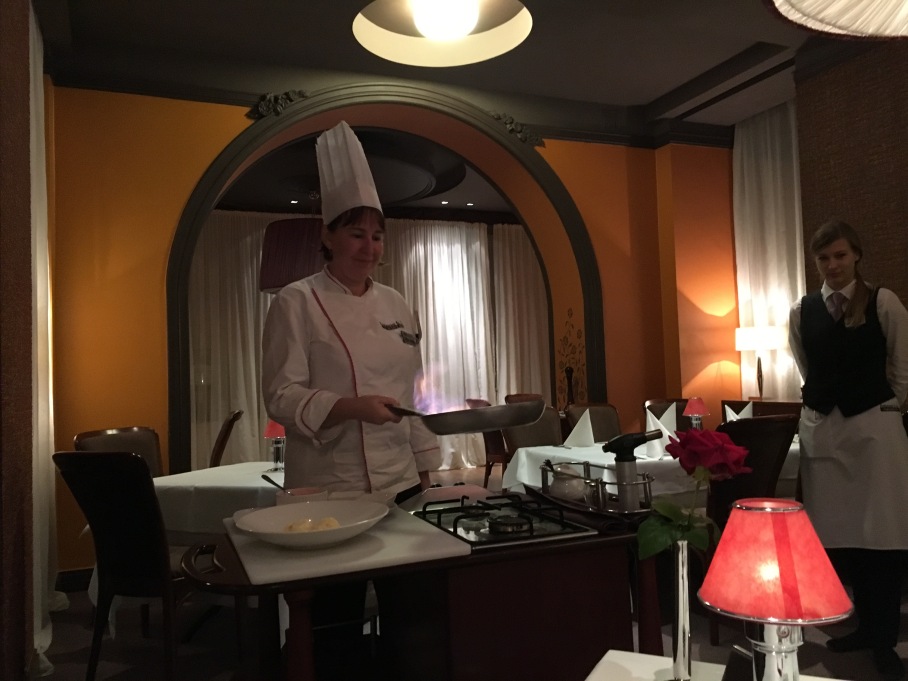