Exercised for the first time in a week before starting my last day in Vilnius. Was determined to visit the essential sites remaining. Took a CityBee rental 10km south to Paneriai Forest. The fog and mist provided an appropriate ambiance.

A monument at the entrance relayed the horrors that occurred between July 1941 and August 1944. Nazis and their local collaborators killed an estimated 100,000 people including 70,000 Jews from the Vilnius Ghetto. Other victims were Poles and Russian POWs. 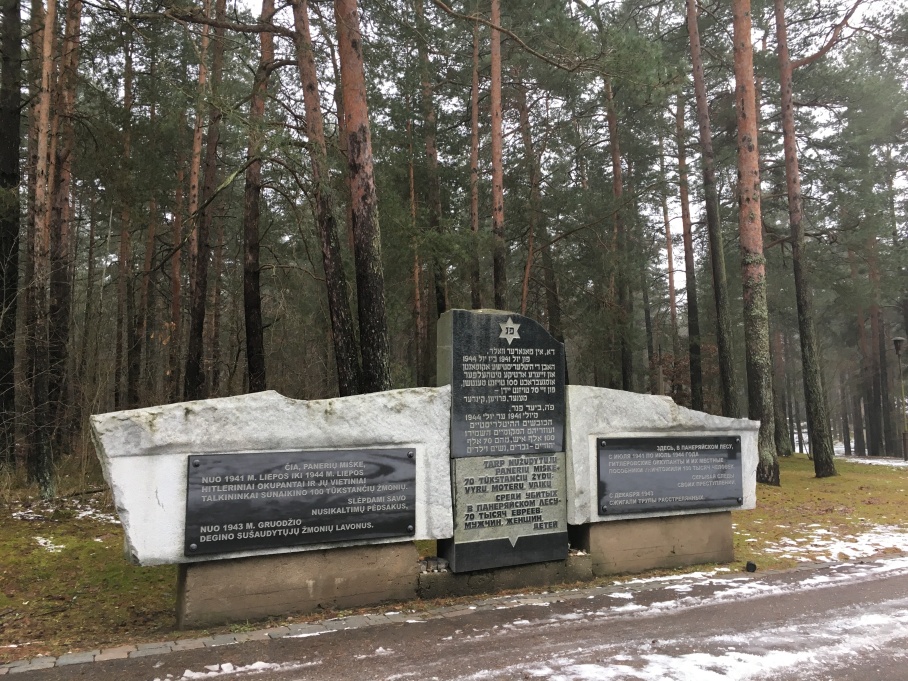 The museum was closed unfortunately, but offered a map of memorials and killing sites throughout the park. 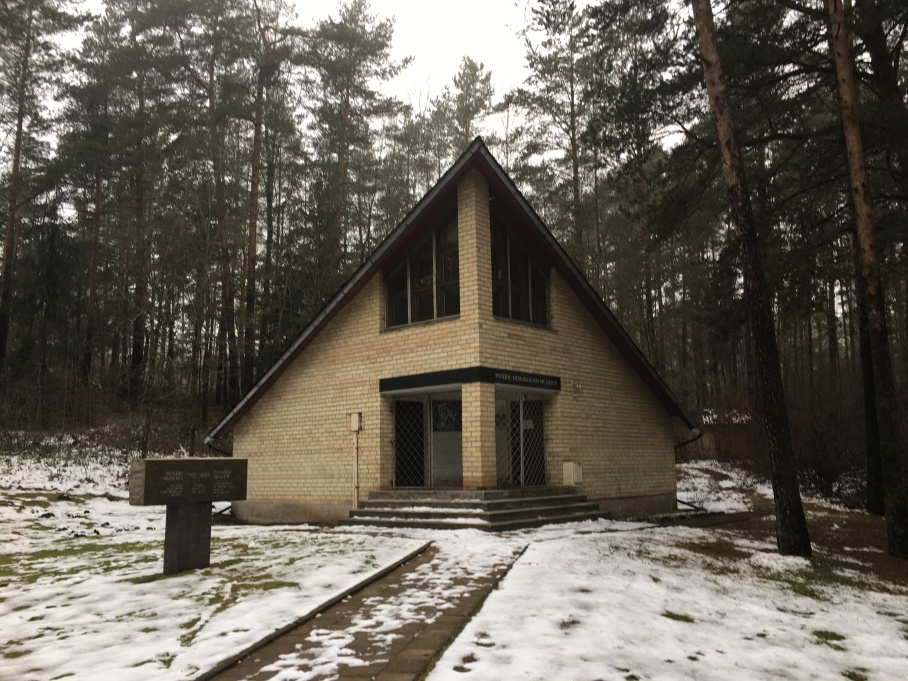 A monument erected jointly by the presidents of Israel and Lithuania in 2005 stands just in front the museum. It bears a menorah and Star of David.

The pit where victims’ clothes, shoes and personal belongings were stored lies nearby. Remains of the original stone wall are visible. 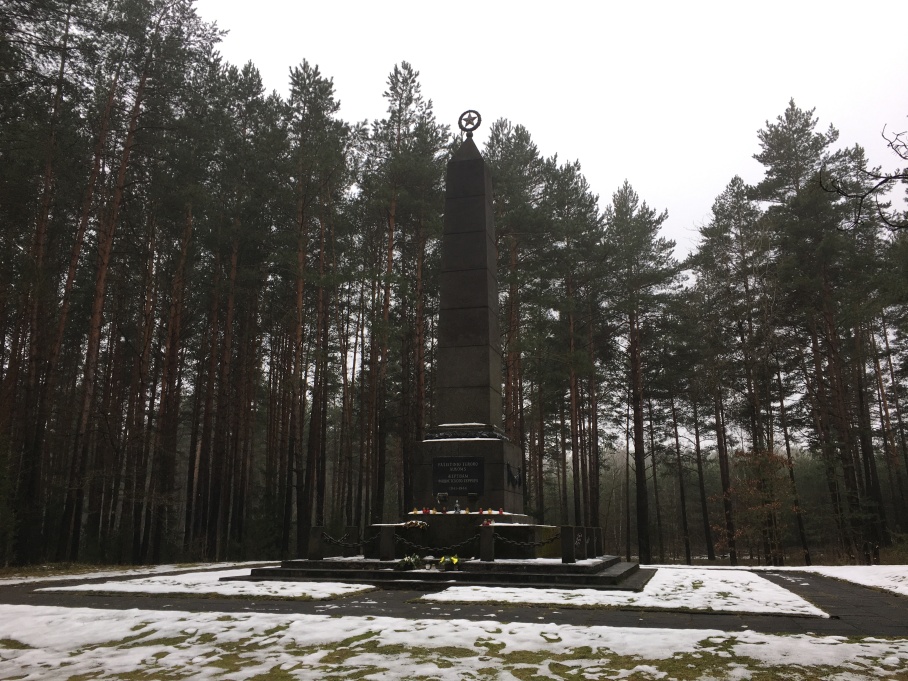 It was a short walk to the pit where Red Army soldiers were shot to death.

I continued to the pit where bodies were hastily burned by Jewish prisoners in 1944 as the Soviets drew near. It’s hard to believe that the Nazi’s truly believed they could conceal their crimes.

In 1953 another pit was dug for the reinterment of victims who lied along the intended path for a railway. It is the largest pit in the park.

It wasn’t far to the mass grave of thousands from the Vilnius Ghetto- elderly, patients, orphans… It was probably the place where Reiches relatives of mine (previously interned in the ghetto) where killed. 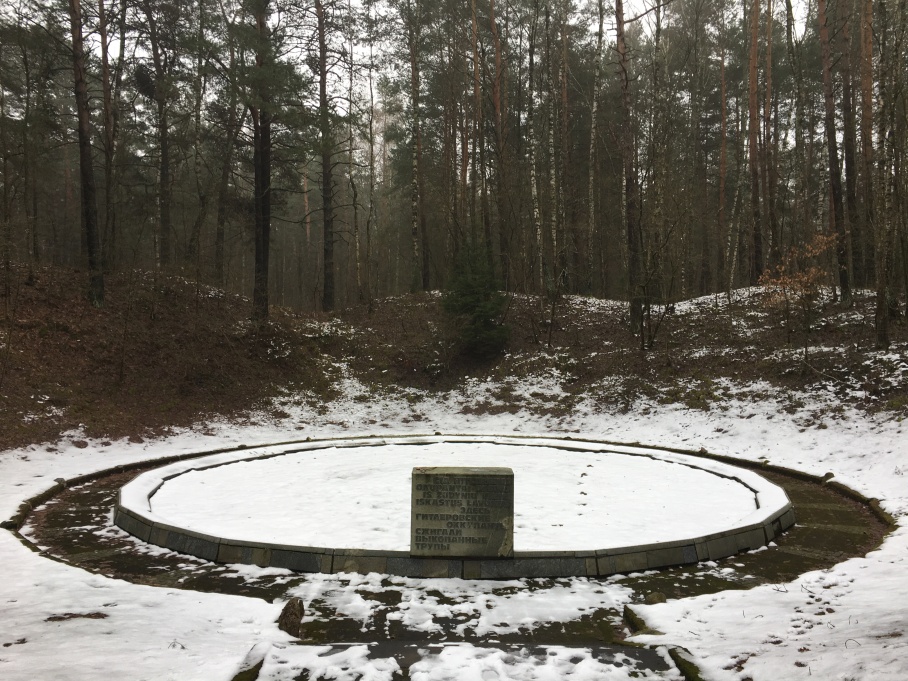 It lies just across from a pit that gained worldwide attention earlier this year when an international team of archaeologists uncovered a tunnel dug in 1944 by Jews ordered to burn the thousands of bodies in Paneriai.

Known as the ‘burning brigade’, eleven from the group of eighty managed to escape to partisan units, the remainder was killed.

A memorial to the thousands of Polish victims lies along the 1953 railroad tracks.

With that, I departed Paneriai. I think it was appropriate that I visited on my last day. I drove back towards city center, but to the opposite side of the Neris River where I visited the only active Jewish cemetery in Vilnius.

The Suderves Jewish Cemetery was established after the Soviets destroyed the cemetery on Olandu (where my ancestors are buried) in the wake of WWII. Less than eighty bodies were reinterred from Olandu and from Snipiskes Cemetery, which was active from medieval times until the plot on Olandu was purchased in 1831.

Among the reinterred from Snipiskes were the Vilna Gaon, the pioneer and eternal icon of Litvak Jewry. He died in Vilnius in 1797. 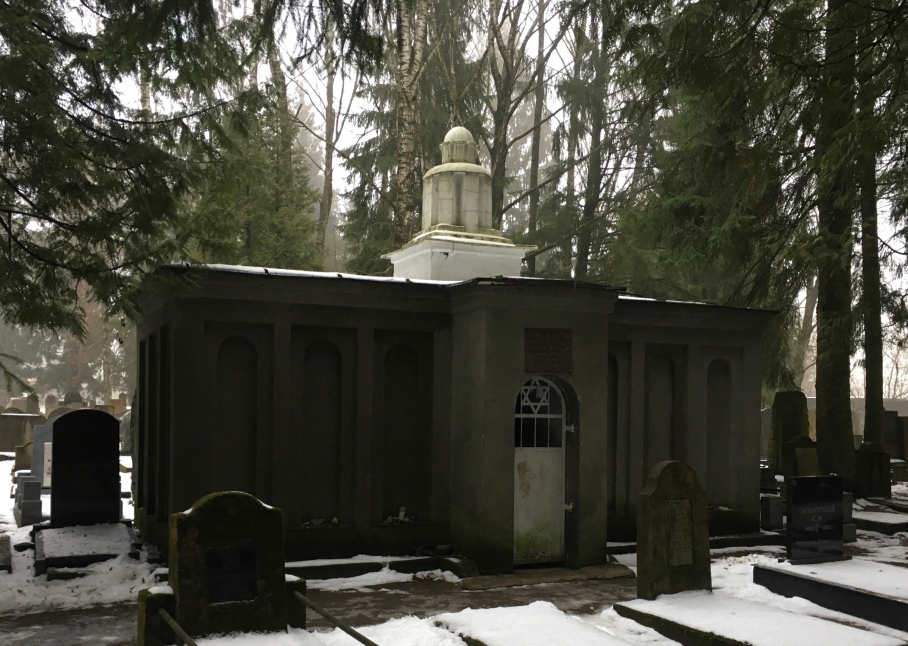 I sought assistance from the gate keeper, who kindly unlocked the kever. 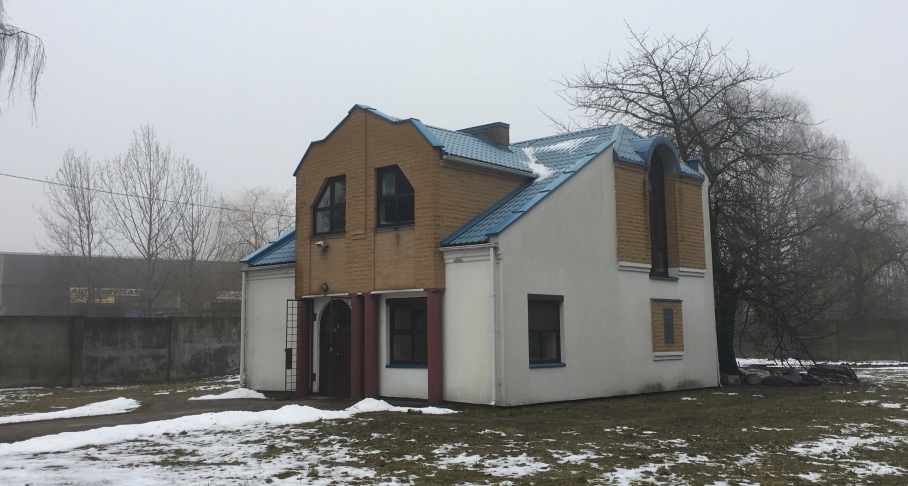 Alongside the Gaon are buried a number of his relatives. I thought it was appropriate that I visited the Gaon of Vilna on my last day in Vilnius.

Afterwards, I scrambled through town to pick up deposits for my accommodation and sim card. At 6:30 I visited Regina for an hour, without whom my experience in Vilnius would not have been as fulfilling. I played some tunes on the piano and bid her farewell.

To conclude my journey I had dinner with fourteen Erasmus students including Kristaan, Daniel, Dima, Enola, Jan… I did not spend as much time with them as I would’ve liked this semester (due to travels), but we promised to visit each other in the coming years.

I walked home where I packed and cleaned before tucking in for my last sleep in this disgusting dormitory.