Woke up early this morning to the sound of the loudest snoring I’ve ever heard. Thrilled to be done with hostels.

We were soon on the road to Odessa- our sixth trip in six days, our third country in two days. We decided, per Mariana’s advice, to avoid the Russian-backed secessionist region of Transnistria. We exited Moldova after a few hours through the opposite tip from which we entered.

Our final border crossing went smoothly. We were excited to be back in Ukraine, where we’d spent the larger part of our journey. We arrived in Odessa soon after. We had lunch before checking into our lodging.

We cleaned out our car and drove her to the airport where we said our goodbyes. It was a very emotional experience, we’d been through a lot together.

We made our way back to the city via taxi. We were so impressed with the city center, which was flooded with people and performers.

We toured the city again via a mobile map.

Unlike in other cities we’d visited, many of the pre-war buildings in Odessa were well preserved. 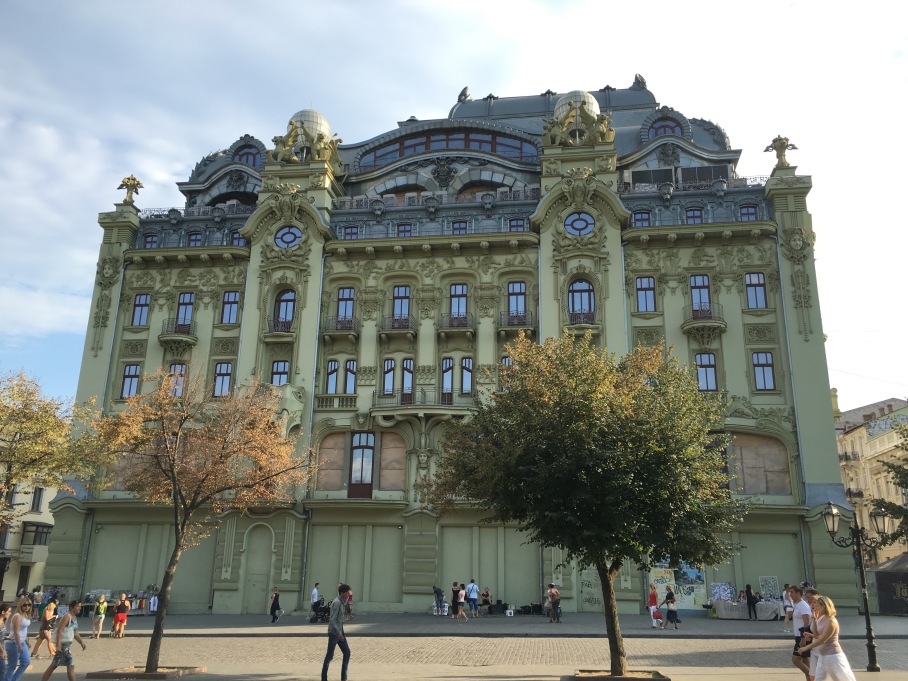 We found the synagogue, but were not welcomed in for minion due to our attire.

We walked back to the hotel where I showered before going out for the night. Afterwards we ate at a relatively expensive place along a bustling avenue.

After a brief hookah, the rest of our night was spent shlepping across the city trying to find the rowdy night-clubs that we’d heard so much about. It turned out the clubs were located along the stretch of beach a few miles outside of Odessa proper. We decided to grab some McDonalds instead and eventually we headed back to the hotel. It was a frustrating night.