It’s hard to believe that today is our last in this beautiful region. After all the excitement of the past two weeks, we decided that we’d spend our last day relaxing on Odessa’s beaches along the coast of the Black Sea.

We started off by attempting to mail the bottle of red sparkling from Cricova to my boss at LC (who had highly recommended it). After being turned away twice we decided to hail a taxi to the beach, which was unexpectedly difficult. It really put into perspective just how useful the car was.

We paid a small cover fee (by American standards) to enter Odessa’s most luxurious resort- Ibiza. We paid for two chairs and a locker and then headed down.

The shore was initially crowded with a relatively older group. Speedos as far as the eye could see.

I stepped in the water to find an abundance of algae, which made the water look black- ‘Black Sea’. Skies were overcast, the water was cool. I enjoyed swimming, but forgot how exhausting it was. 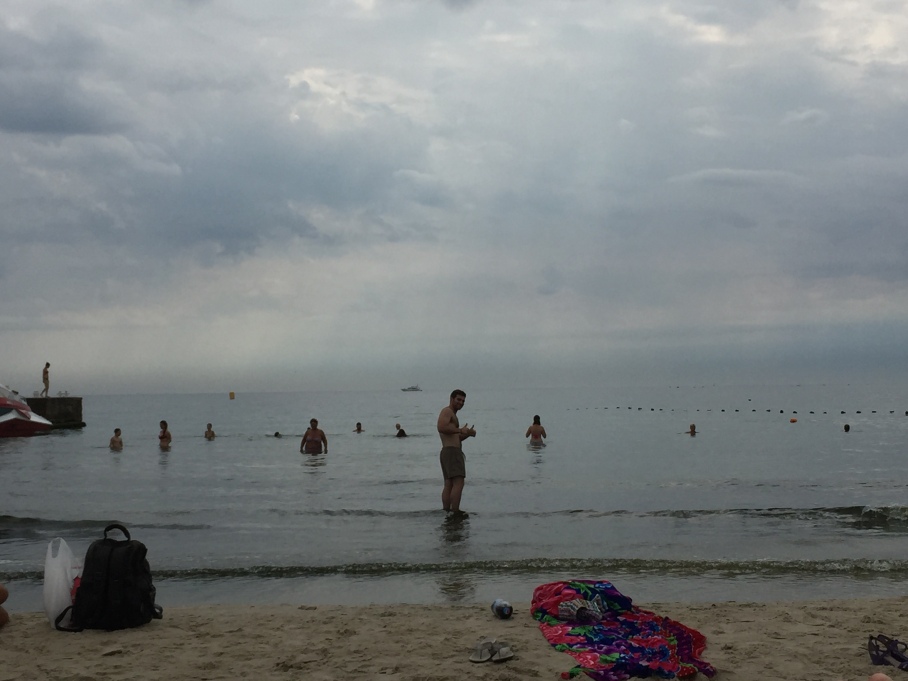 After a couple hours resting we headed to the crowded central part of Arcadia to grab lunch. I had a delicious sandwich.

Back at the beach I immediately fell asleep, and woke up about an hour later with my back dripping. The sun was out in full force, and a new, younger crowd filled the shoreline. I hopped back into the water with a new rejuvenation and it was delightful. I went for another swim. We rested for a couple more hours along the shore and walked the short length of the beach before heading up to the pool.

We ordered a Hookah by the pool and swam intermediately. It was so beyond perfect, exactly what I needed before starting a new chapter in my journey.

After an hour or so we hailed a taxi back to city center. I tried again to mail the wine, to no avail.

We showered before heading out for our last dinner. After a short walk we found a traditional Ukrainian place, exactly what I was looking for.

Following dinner we decided to continue our day of excess by getting desert in the city center. We each had a slice of cake and a milk shake. I felt so sick by the end. 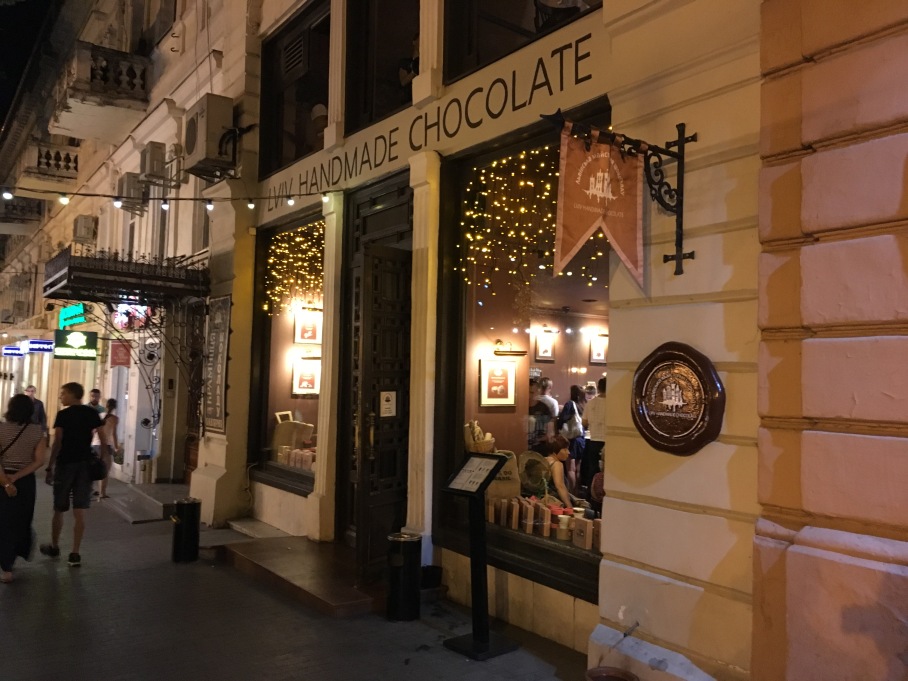 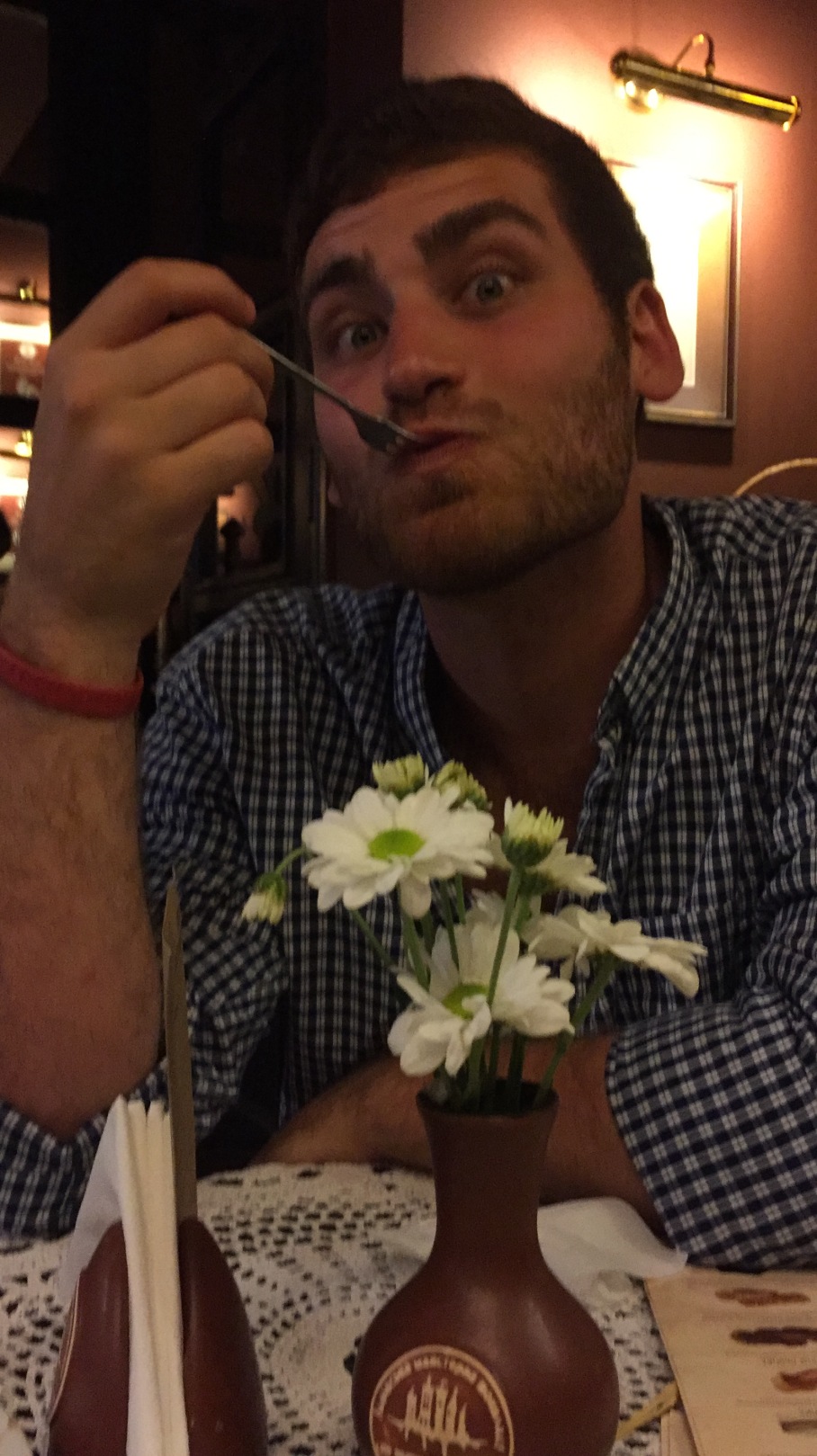 With that, we headed back to the hostel. I packed my bag and ended up having to pin it shut due to tears. I was asleep by 10:45.