No classes today, so I figured I’d start on assigned readings. Decided to find a cafe in city center.

As I neared the small market, I read the sign in front the adjacent, decaying, bunker. It read ‘built by tyrannical Soviets using stones from the old Jewish cemetery’, or something like that. I was inspired to find the location of the old Jewish cemetery- it turned out there were three. The first (in Snipiskis suburb) was built in the 15th century- yes, Jews have been here that long. It was active until closed by the Russians in 1831. The second (in Uzupis suburb) was built around the same time that the first was closed. It was active until the end of WWII. Both were destroyed be the Soviets. The third cemetery (in Seskine suburb) is still in use. My ancestors (both paternal and maternal) lived in Vilnius during the time of the second cemetery.

To my amazement, the second cemetery was just around the corner. In fact, it is most commonly referred to as the Olandu Cemetery, as in, Olandu Dormitory, as in, the street where I live…

In front there is a memorial built of headstones that were used for construction during the Soviet era. The cemetery once boasted 70,000 headstones, of which only about 70 remain.

There is no proper trail within the cemetery or even a path to approach it. The few remaining headstones were scattered.

It was, as in Ukraine, oddly beautiful. 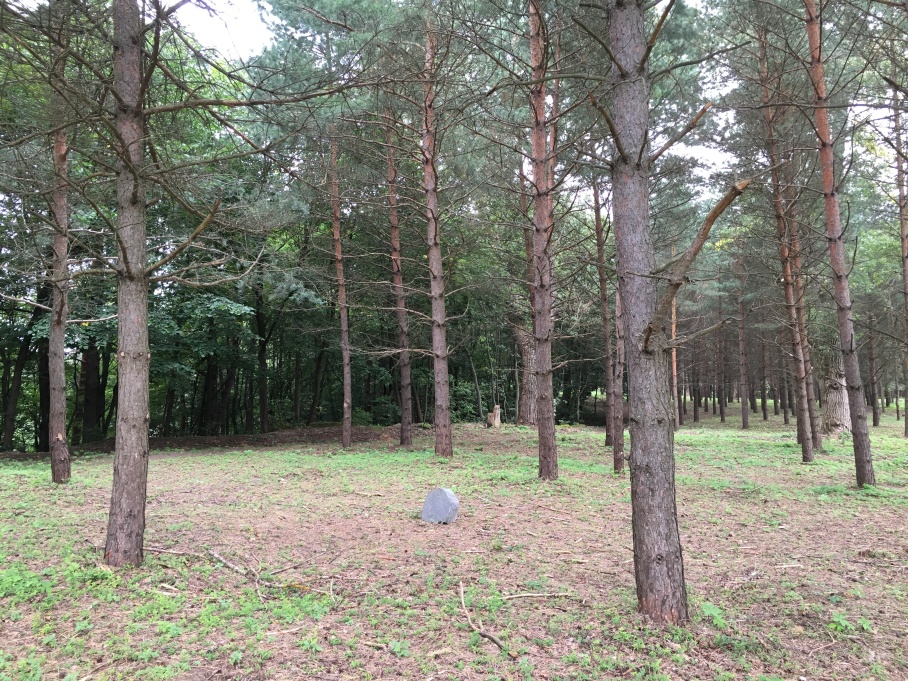 I could make out the perimeter that once stood there.

As I kept walking I continued spotting headstone remnants. It was clearly once a very large cemetery. 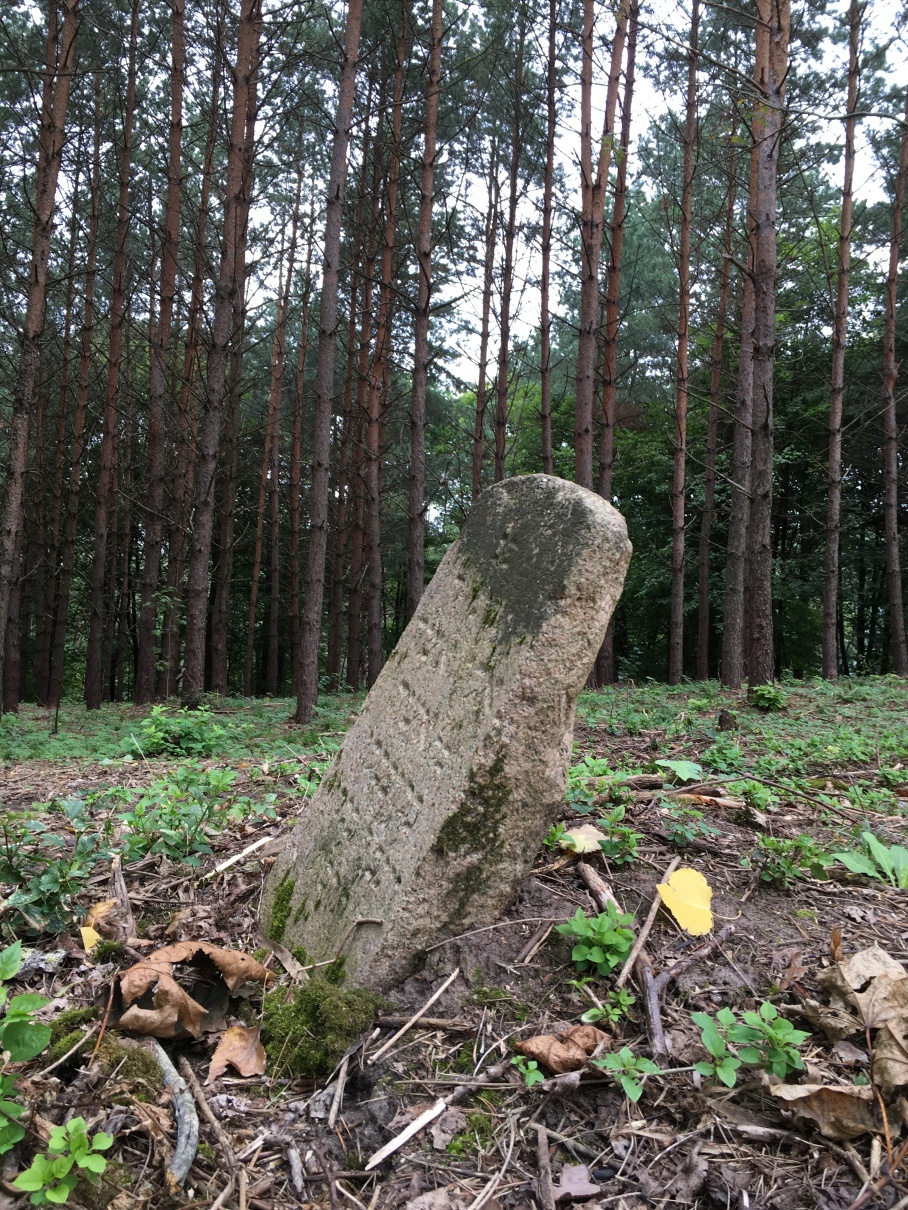 Somewhere, interred here, was my great-great-great-grandfather, Nathan Riches, along with his brothers and other relatives. His wife and daughters are buried in Birmingham, Alabama. Also, presumably buried here (though without documentation), are my mother’s great-great-grandparents: Michael and Sarah Abramowitz. I said Kaddish before continuing my walk.

Continued my walk in the early afternoon. Passed by the beautiful Church of Saints Peter and Paul, apparently a pearl of the Lithuanian Baroque Style. It was built in the 17th century. 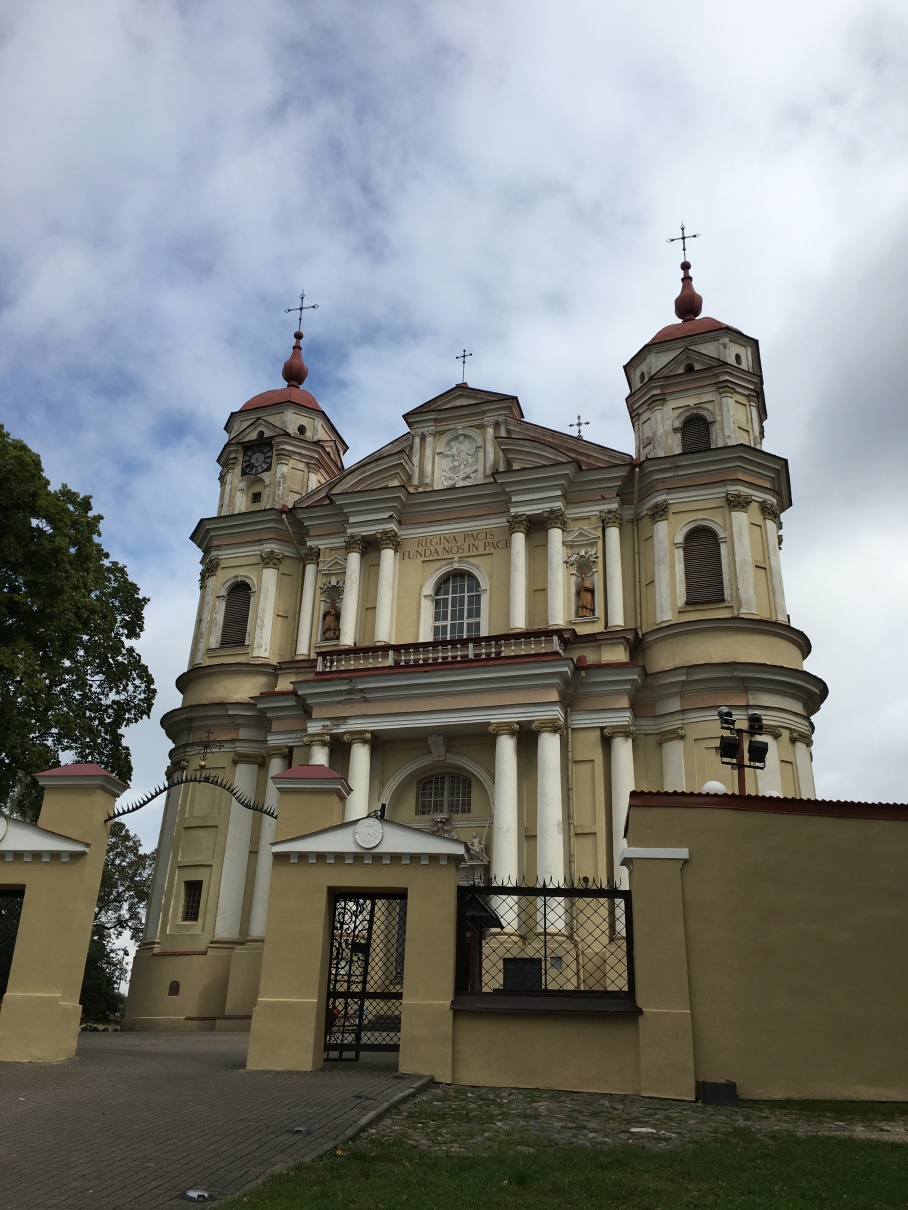 Once in city center I had a quick lunch before heading to the cafe that I really loved from the first day. I ordered a cappuccino, and then eventually ordered another… In all, I sat there for three hours trying to get through a mere twenty pages for my Morality of War class. I am the only native English speaker in the course and I barely understood it (Just War Theory, particularly jus ad bellum) so I can’t imagine how others are going to…

Picked up dinner on the way back to Olandu, talked to Dad.