Went for a morning run around the river. It was very nice.

Eventually made my way to the city. Intended to read over lunch for my ‘morality courses’, but procrastinated instead.

Had ‘History of Lithuania (1919-1990)’ for the first time. The professor was quite the eccentric. His attempt at teaching millennia of history in just over an hour failed, but it was interesting to learn about the University’s integrality to the history of the city. The University was built by Jesuits and consecrated by King Stephen Bathory in 1579 to counteract the Reformation.

Watched Bloodline in a coffeeshop nearby until 5:45.

The Yiddish Literary Circle at the Jewish Cultural Center began at 6:00. It was held entirely in Yiddish, no other languages allowed. I was thrilled to hear the language of my ancestors in the land of my ancestors.

The meeting was presided over by Dr. Dovid Katz, renowned expert in the fields of Yiddish studies and Litvak (Jewish Lithuanian) studies. His map of the traditional Litvak territory hangs above my bed in America. He is also known for exposing the ‘double-genocide’ (a term used to describe the Lithuanian collaboration during the Holocaust) and contemporary attempts at concealment. More information can be found on his website. He warned me of the potentially nationalist narrative that I may receive in my history courses at VU. 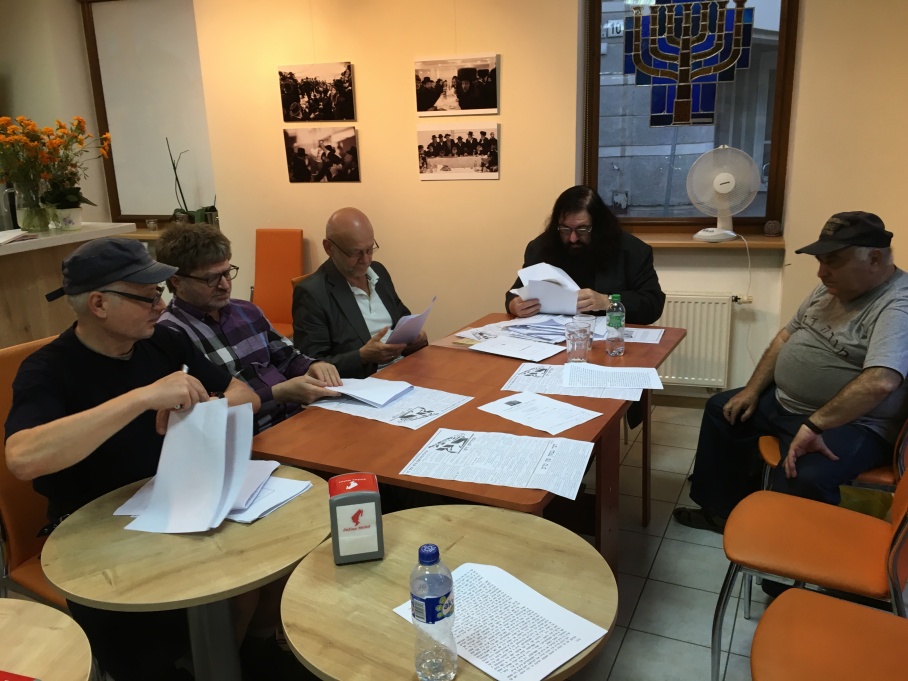 I also met Mr. Chaim Bergman, a professional tour guide, who offered to take me through my various Lithuanian shtetls. 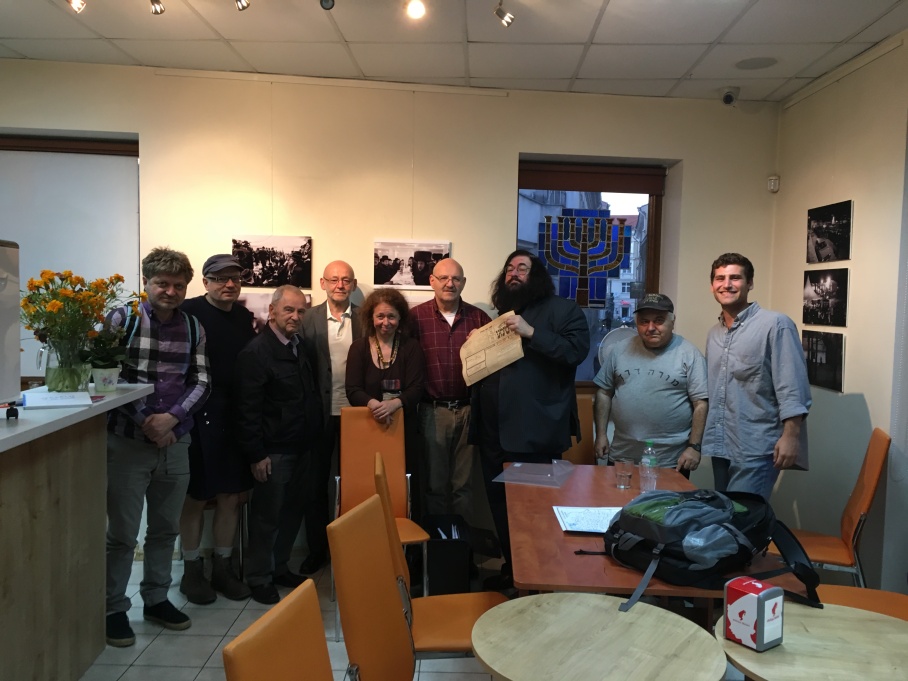