Slept in and had a nice breakfast.

Krakow is divided by Wawel Hill into two districts: Old Town and Kazimierz. We started in Kazimierz, where Jews have resided since they first arrived from Germany in the early 14th century. 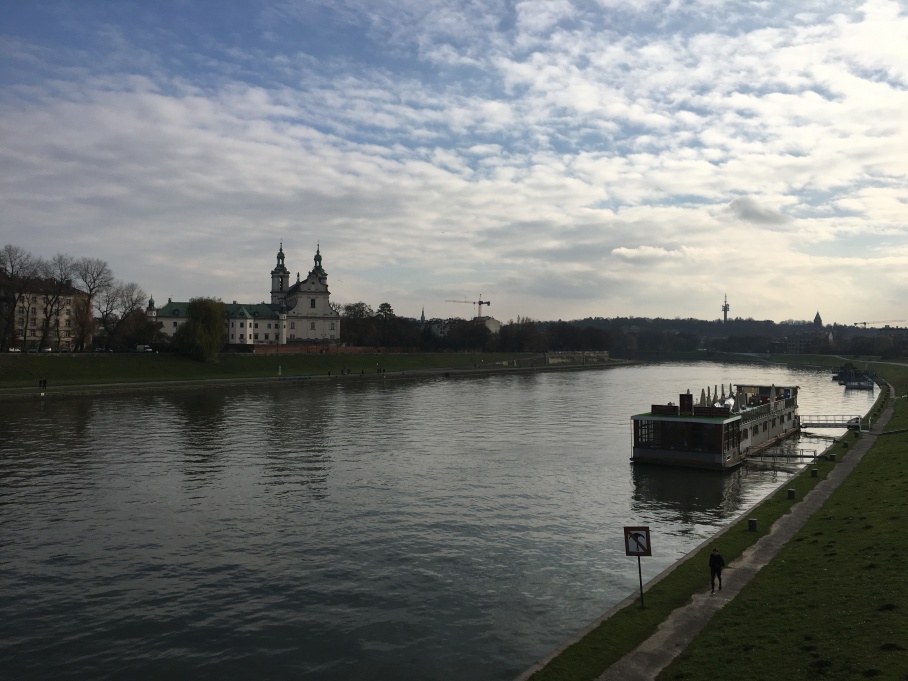 Our tour began at the eastern tip of Kazimierz, where the New Jewish Cemetery was established in 1800. Burials ceased in 1932.

Renowned painter Maurycy Gottlieb was buried there at age 23 in 1879. I’d visited his childhood home in Drohobycz, Ukraine. 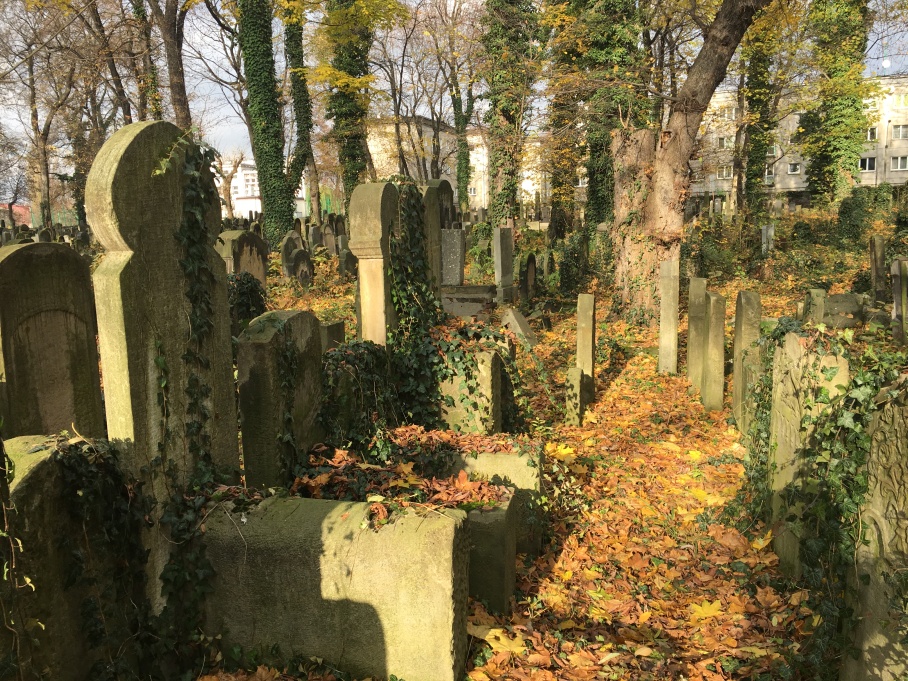 The Galicia Jewish Museum stands nearby- I don’t think it was unreasonable to expect a discussion of Galitzianer Jewry. I was disappointed to find only a contemporary photograph exhibit of Jewish remnants in Poland.  Had to forcibly pull Dad out- I’ve developed a pace for my travels that he has yet to adopt.

There was an impressive mural on the building opposite, one of many testaments to the omnipresent Jewish spirit that envelopes Kazimierz. 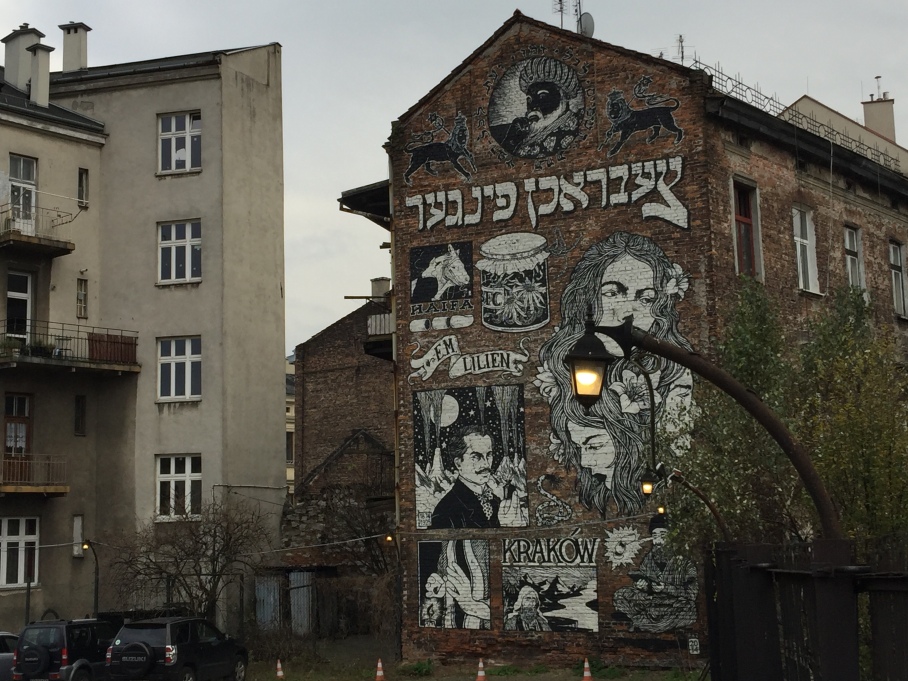 A few blocks down stands the third synagogue erected in Krakow.

The High Synagogue was the tallest building in Krakow upon completion in 1563.

It marked the entrance to the Jewish Quarter until her westward expansion in the following century.

It was a couple steps to the oldest synagogue in all of Poland. Built in the early-15th century, the Old Synagogue served as the religious and administrative center of the Jewish community until WWII. National hero Tadeusz Kosciusko spoke from the bimah in 1794 to rally Jews against Russian encroachment- The Jews proved to the world that whenever humanity can gain, they would not spare themselves.

The Old Synagogue occupies the eastern end of Szeroka Square, the traditional epicenter of Jewish life in Krakow. It is surrounded by Jewish restaurants, Jewish book stores, etc. 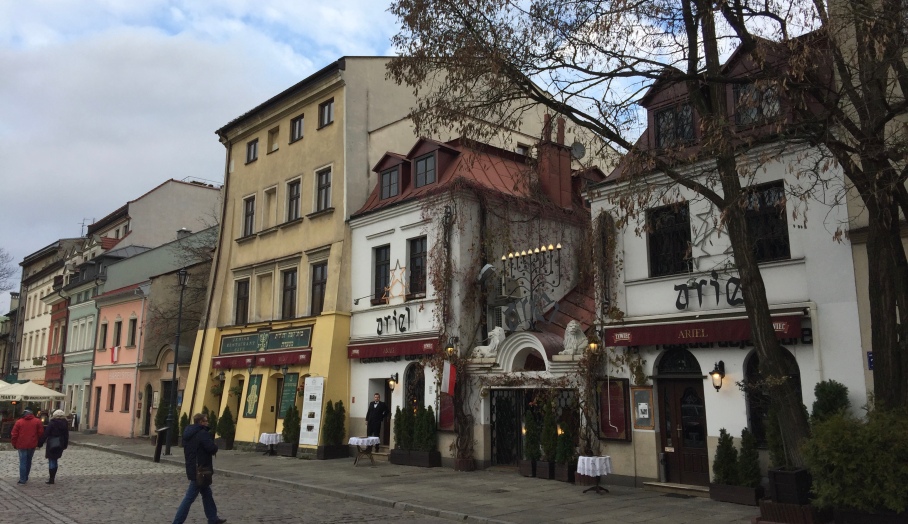 At the northern tip of her western side stands the Remu Synagogue. Upon completion in 1557 it was simply referred to as the ‘New Synagogue’, but later named for her founder- Rabbi Moses Isserles (abbreviated ’Remu’). His influence was so great that Ashkenazi became synonymous with adherents of his commentary on the Shulchan Aruch. 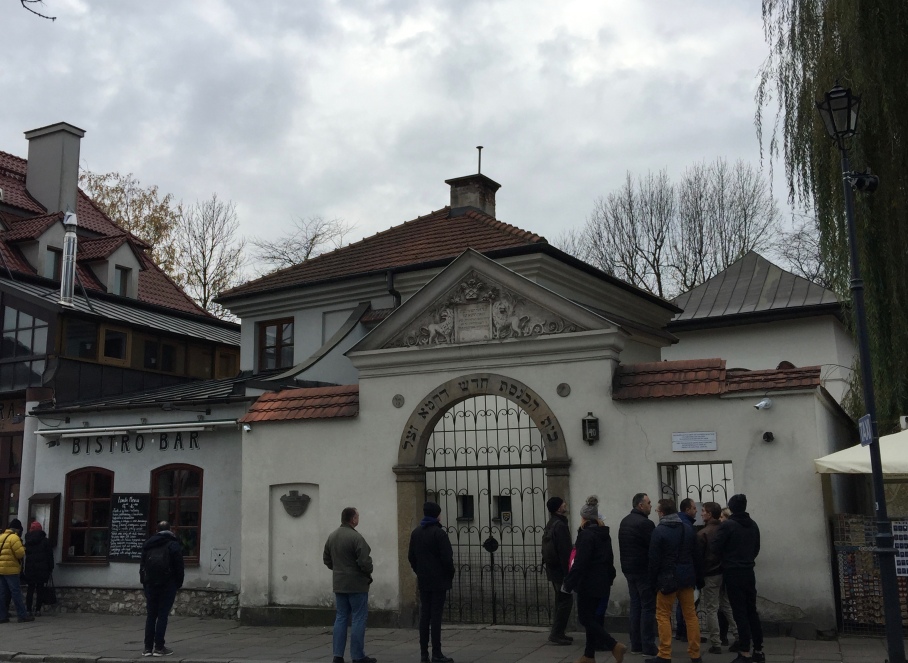 Just behind the synagogue lies the Old Cemetery (est. 1535), which carries the hallowed remains of Rabbi Isserles. Both the cemetery and synagogue were unfortunately closed for independence day. 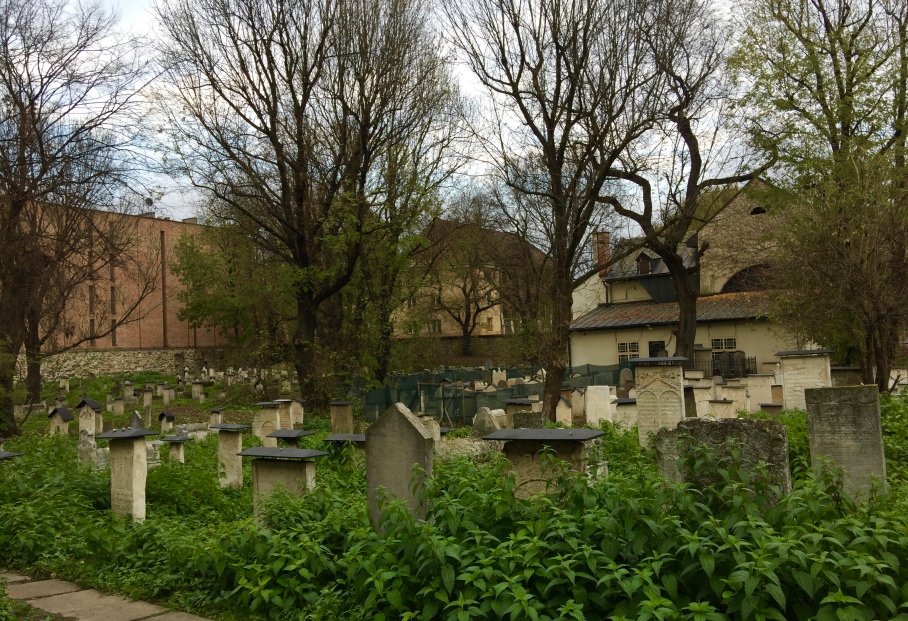 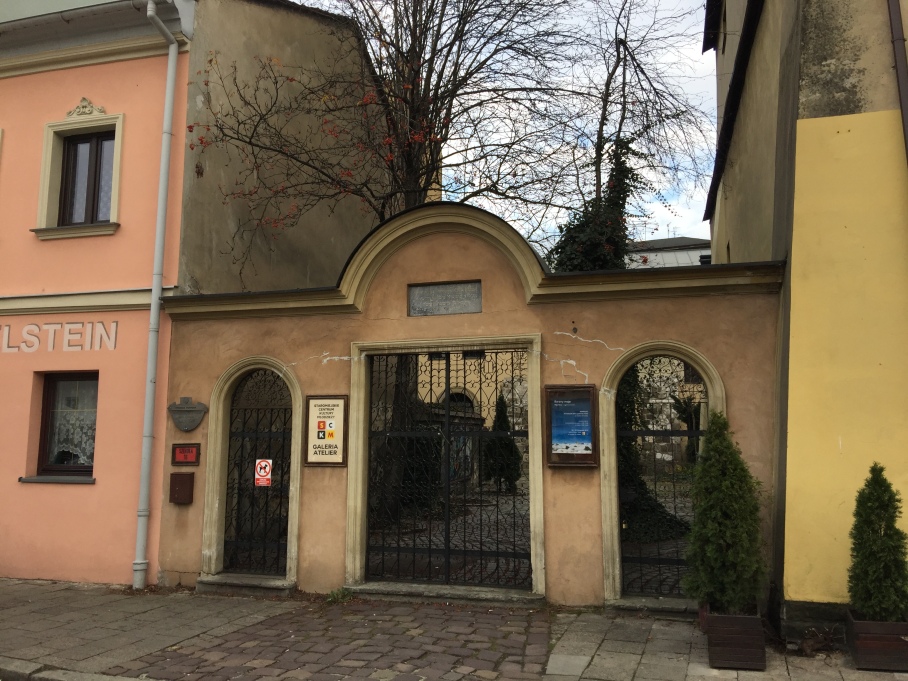 Plac Nowy (New Square) was incorporated into the Jewish District during her 17th century expansion. It served as the primary marketplace. In 1900 a rotunda was erected to serve as a ritual slaughterhouse, which functioned right up until Nazi occupation. In recent decades it has served as the heart of a Krakow subculture with a bustling alternative market. 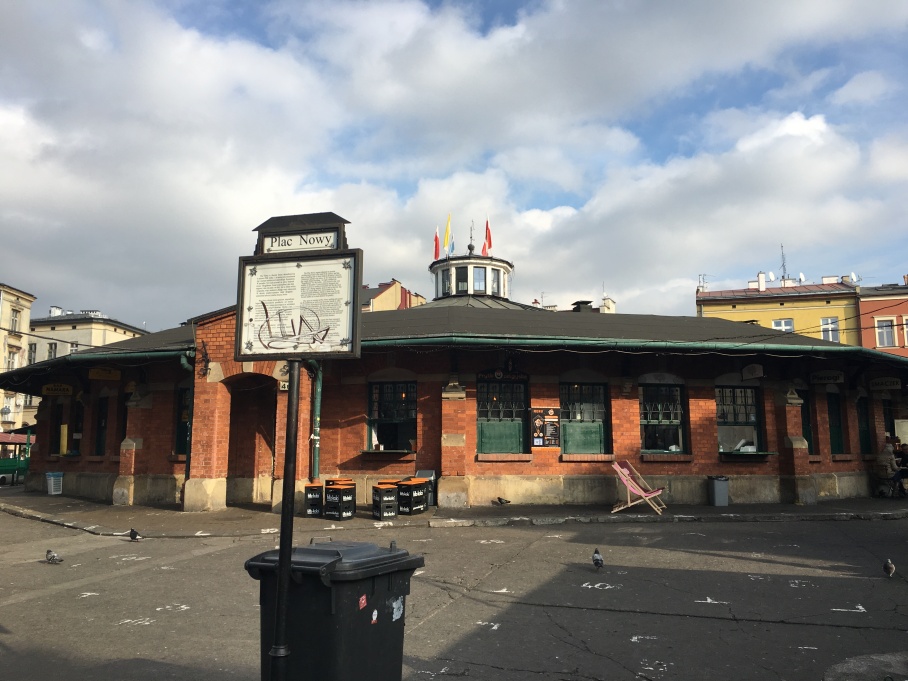 Dad was particularly excited, because my family often refers to me as ‘Nowy’.

Temple Synagogue was our last and favorite, built in 1860 by Jewish intellectuals for the growing progressive community. 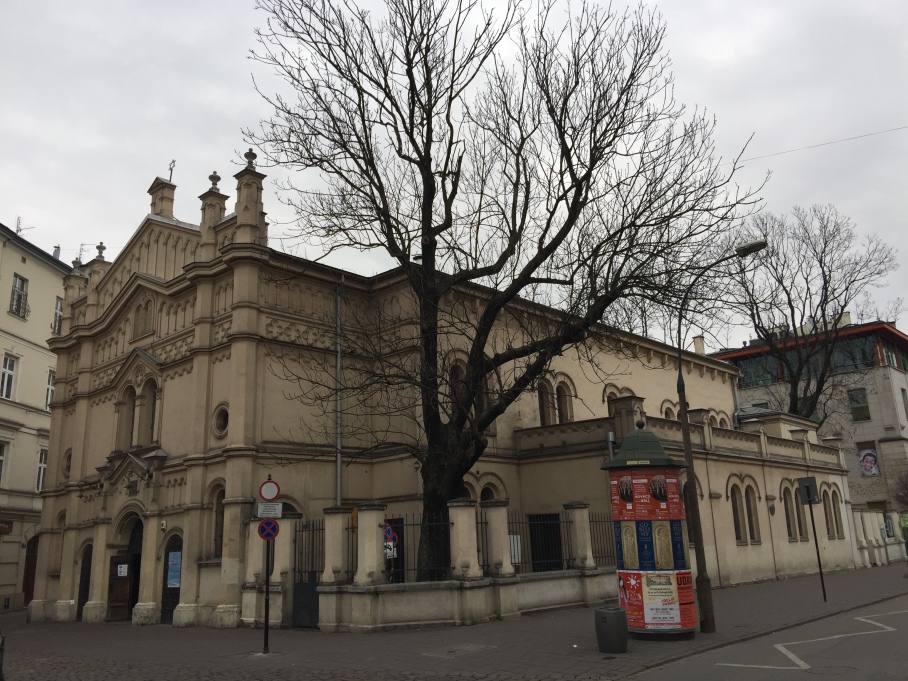 It surely has one of the most beautiful interiors of any synagogue I’ve visited.

It now hosts cultural events, both Jewish and secular.

Dad insisted on visiting the Jewish Community Center that stands just behind. He inquired with the receptionist about recruiting teenagers to participate in the 2017 Maccabi Games, which are for the first time being held in Birmingham, Alabama. 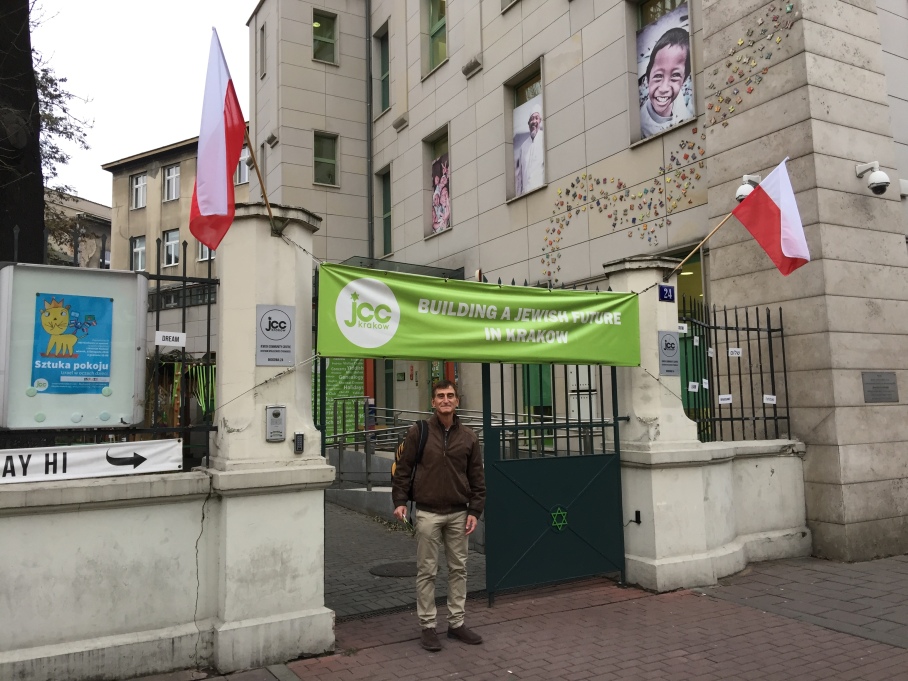 En route to Old Town we passed an Independence Day run. Dad was upset as he would’ve liked to participate.

In town square we found a huge crowd gathered to celebrate Independence Day, the anniversary of the restoration of Poland’s sovereignty in 1918.

Cloth Hall is arguably the world’s oldest shopping mall, the first stalls erected as early as 1300.

In later centuries it functioned as a major center of international trade. It was renovated many times, the most recent form assumed under Austrian rule in the 19th century.

The Town Hall Tower is the only surviving part of the old town hall, which was the seat of the city administration until her destruction under Austrian rule in 1820.

A short walk north brought us to the fifteenth century barbican, which guards the entrance to Old Town. It is the best preserved relic of the massive network of fortifications that once surrounded Krakow. 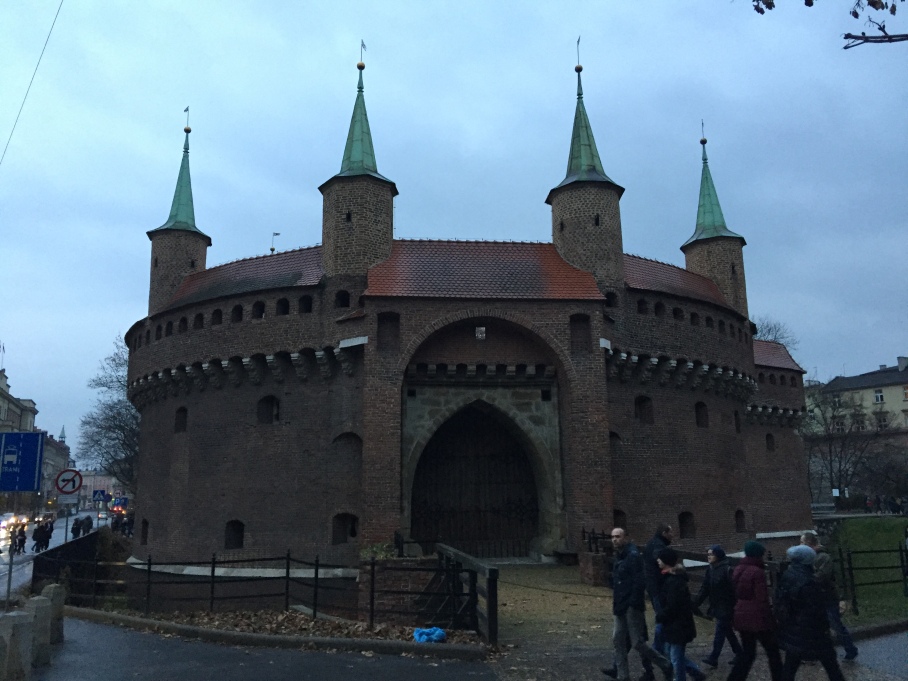 Only a few meters in front stands Saint Florian’s Gate, built in the fourteenth century.

It is only gate that remains of the eight originally incorporated into the city wall. 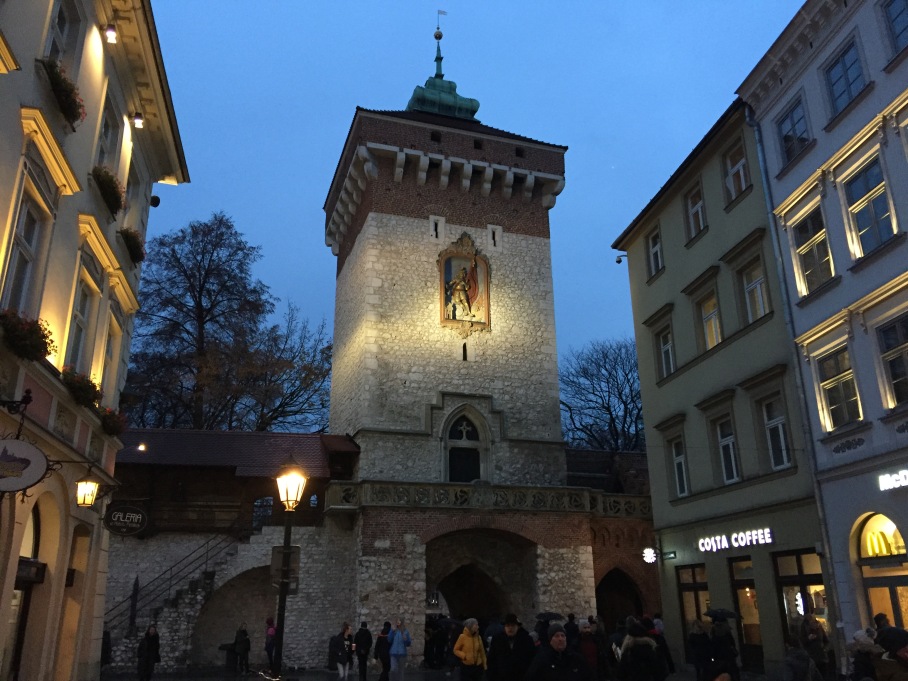 It marked the start of the Royal Route, along which future monarchs walked en route to their coronation.

The home of influential Polish painter Jan Matejko (1838-1893) stands along the royal route. 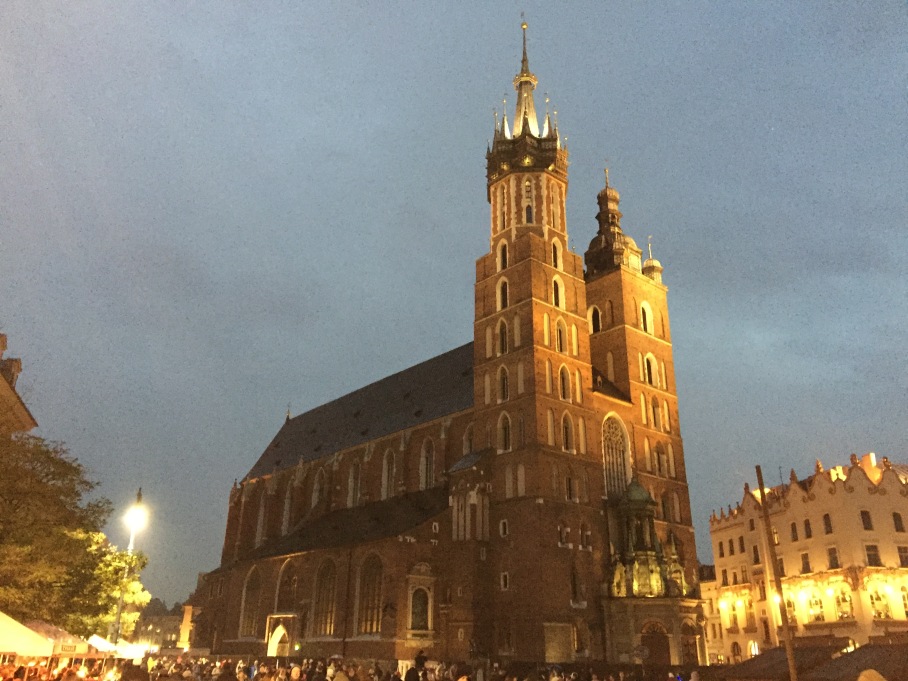 We then schlepped to the Opera where Dad was hoping to purchase tickets for tonight’s performance of La Traviata. We were informed that they were completely sold out.

We taxied frustrated back to town square to the most massive sing-a-long I’ve ever had the pleasure of witnessing. Dad tried his best to participate.

Afterwards, we ate a delicious dinner at La Grande Mama. Dad chose the restaurant solely by name- he called his grandmother ‘grandmama’. 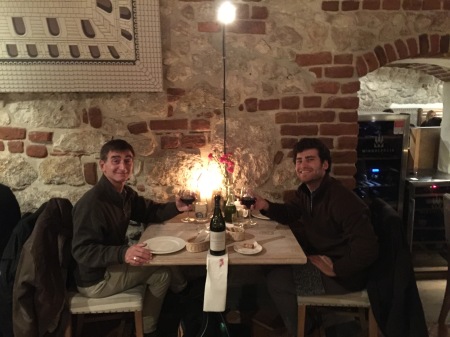 Taxied back to the hotel. Dad took a sauna while I blogged before going to sleep.